September 29 is World Heart Day. This year, extra attention is being paid to recognizing heart failure, a condition that is becoming increasingly common. In the Netherlands, almost 142,000 people currently suffer from heart failure and this number is estimated to increase further to 195,000 by 2025. However, research today shows that Pumping Marvelous and St Jude Medical It is published that the Dutch have insufficient knowledge about this condition. The vast majority of Dutch respondents confuse the symptoms of heart failure with those of a heart attack. In addition, many Dutch people wrongly believe that men have a higher risk of heart failure than women. Almost one in five Dutch people is even convinced that there are no symptoms for heart failure.

Heart failure is a serious chronic condition in which the heart cannot pump enough blood around the body to support the other organs. 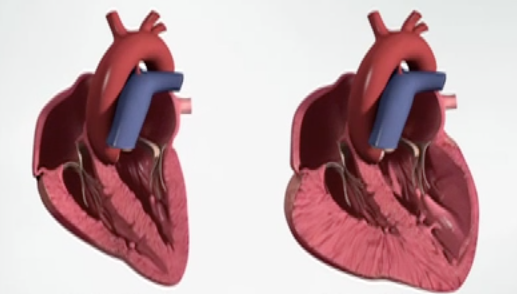 It happens to people of all ages and, although they can vary, the main symptoms are a combination of fatigue, shortness of breath, sudden weight gain and fluid buildup (edema) in the ankles, legs and/or abdominal cavity. Of the Dutch respondents, 81% incorrectly identifies chest pain and 78% irregular heartbeat as the main symptoms, as these are the main symptoms of a heart attack. In addition, only half (52%) of those surveyed correctly report fluid retention as a symptom of heart failure, while sudden weight gain due to fluid retention is one of the main symptoms of heart failure. Worryingly, nearly one in five Dutch people believe there are no symptoms at all for this condition.

The survey also shows that the majority of Dutch respondents believe that men have a higher risk of heart failure than women. The figures prove the opposite: in the Netherlands, one in four women dies of cardiovascular disease. This is the most common cause of death in women.

“The results of this study are alarming, as misdiagnosis of heart failure can have serious health consequences. It is therefore essential that people seek help as early as possible when symptoms such as fluid retention, shortness of breath or fatigue appear,” emphasizes Dr Delnoy, cardiologist at Isala Heart Center in Zwolle. “The research shows that more needs to be done to raise awareness about heart failure in all age groups, and to spread knowledge about its characteristics and symptoms. The only way to help those at risk is to seek professional help and get the right advice to treat their condition.”

Also the foundation ICD carriers in the Netherlands (STIN) and LVAD.nl support the importance of making the Dutch more aware of the causes and symptoms of heart failure. They also want to contribute to this with their platforms, because despite the fact that there is no cure, many people with heart failure live happily ever after with appropriate treatment.

For more information about heart failure and the research, see www.answersophartfalen.nl