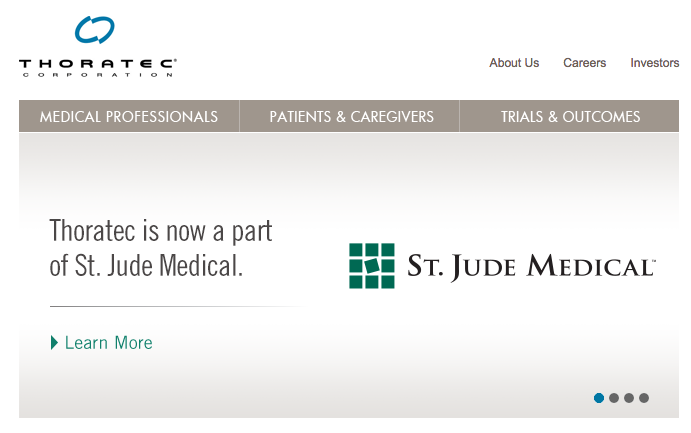 What this acquisition means for the development of the LVAD

St. Jude Medical is a world leader in medical device technology, much larger and broader in scope than Thoratec. They started in 1976 in St. Paul, Minnesota, USA, with an implantable bileaflet (2-leaf) mechanical heart valve. This valve was so successful that it quickly became the 'gold standard' in mechanical heart valves.

Subsequently, they specialized in medical technology for the treatment of Heart Failure, Arrhythmias, Other Cardiovascular Diseases, Chronic Pains and Neurological Disorders. This is reflected in the development of devices that are becoming increasingly sophisticated and smaller. The Foundation ICD carriers Netherlands gives Nederland here's a comprehensive summary of the latest developments from St. Jude Medical in cardiac innovations.

So now also the LVAD in their package. Assuming that experiences and techniques will be shared, this is positive for the further development of the assistive heart.