Stay alive with a Support Heart

Walter Stroobant and his girlfriend Katrien Peremans have written a book about their experiences around and after the implantation of the LVAD at Walter.

Book 'Living with a support heart' The story of Walter Stroobant

During a 'routine' operation in which a balloon pump would be placed to constrict my veins, disaster struck. I suffered a heart attack and cardiac arrest. I was in an artificial coma for four weeks and one critical moment followed another. For my family it became a true thriller. For me it started when I saw all kinds of lights and white aprons. 'Oops, where am I? What happened? Why am I so drowsy? ' I had so many questions that were looking for an answer. Cables were running from my stomach that were connected to a device. Aircraft were everywhere around me and I saw people running away and running again in a lot of hustle and bustle.

"You are a medical miracle," I was told. 'Nobody expected you to make it. 'At that moment I couldn't be happy with these words ... Because what had happened to me? And how would everything go? I was 50 years old and had a girlfriend of 30. Everything went smoothly. I had never been ill ... But then suddenly everything changed ... I woke up from a deep sleep, awake in a new life ...

'On a sunny afternoon I was sitting on the terrace recovering with a cup of coffee. I had just filled your medication box and done my rounds around the house when the idea came to me to put our experiences on paper. The physiotherapist was out the door and you would take a seat at your desk to get your administration in good spirits. I could just cross you in front of your desk to reveal my plan.

At first you were a bit hesitant about it, because it seemed like quite an assignment to you. But once we were well on our way, we couldn't stop. One memory evoked another. You told what came to mind and I wrote the lyrics for you. In this way we relived the entire period together and we were able to deal with what had been a very intense period for both of us. ' 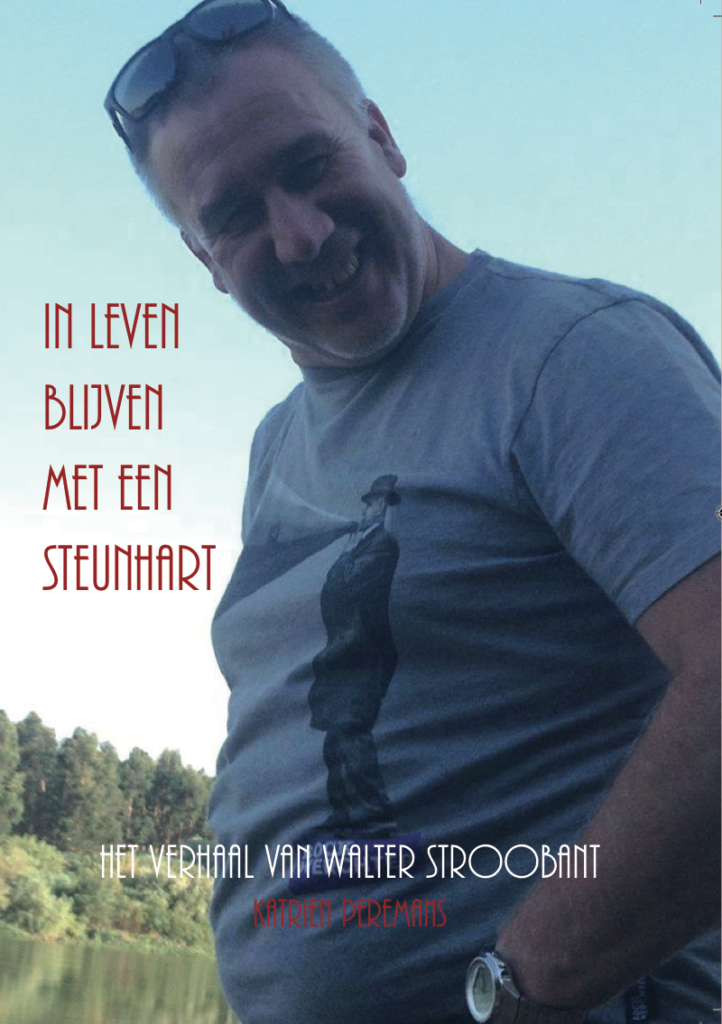 If you are interested, you can order a copy from us. To do so, send an email to walter@levenmeteenhulphart.be
(18 euros and shipping costs)

For more information also look at live with a support heart.be